THANK YOU!
This campaign has concluded and is in update mode, but you can still make a gift to the Human Powered Vehicle Club by going here.

And that’s a wrap! Thank you all for your generous donations! We’ve raised $5,523 over the course of our 30 day-campaign; everyone here at Cal Poly HPV is incredible grateful for your generosity. Here’s an update on what we’ve been up to!

The Braking team has begun to plan the torque tests which they will run to ensure that the brakes we’ve purchased will be able to stop the bike in a safe amount of time and distance. They also worked with the Frame team to get a mounting solution for their brake calipers, and decided on a somewhat-unorthodox solution, which I’ve included a picture of below. The purple member will hold the brake calipers, as the further-out members would be too far away. 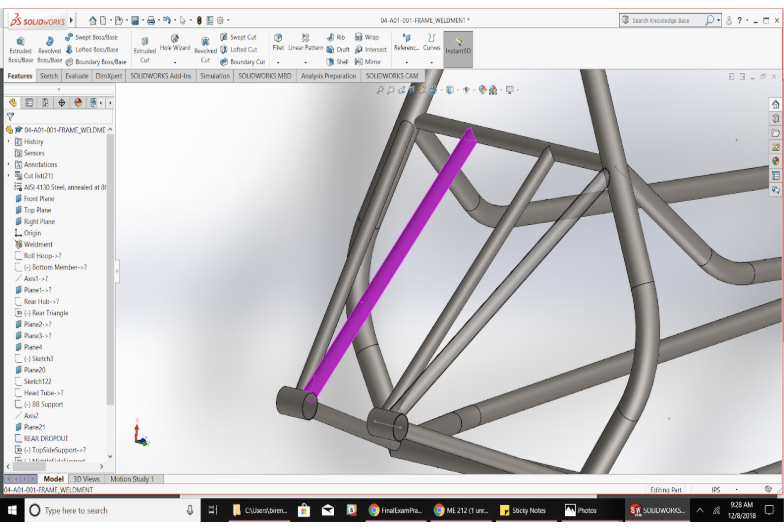 The Fairing team has continued to run Computational Fluid Dynamics simulations on our fairing shape as the shape continues to change through rider positional changes and frame design changes. During these simulations, they are watching for extended laminar flow (keeping air around the fairing smooth and connected to the fairing). Here’s a picture of some streamline simulations they ran this week!

The Steering team has been working to design steering-limiting system for our bike. For Battle Mountain, since the course is such a straight line you don’t have to steer at all, and too much freedom in steering can actually increase instability and the likelihood of a crash. Their design is currently for an adjustable steering limiter, using either a tab that can get slid closer to the wheel over time or a bolt than get extended over time, as our rider gets more comfortable with limited steering.

The Vision team designed a mounting system for the dual screens within the frame. The system will have 3D-printed pipe clamps which will snap into the frame members which run along the sides of the bike. This will enable the member to be removable, so the rider can get in and out of the bike easily. The screens will be held onto this removable member with a combination of 3D-printed brackets and welded steel tabs.

The Frame team has continued to update and design their model as our rider positioning develops. Here’s the most current iteration of their design:

That’s all the updates for this week! Once again, thank you all for your donations! We’ll begin sending out perks as soon as possible. For those of you on our email list, expect regular updates in this vein. T-shirts will be sent out as soon as we determine our industry sponsors. To keep updated on our club outside of the email list, make sure to follow us on Instagram and Facebook @calpolyhpv!

Thank you all for your donations and for spreading the word! This campaign has been awesome for our club, and we hope you’ve all enjoyed our updates. I encourage all of you to keep looking at Spur Change and keep your eyes peeled for Poly Gives, there are a lot of great causes that need your support. Thank you!

Thank you all for your generous donations, and for spreading the word about what we’re doing here at Cal Poly Human Powered Vehicle. With five days left, we have reached 55% of our goal with over 30 donors! That’s really incredible, and your donations are making a huge difference in helping us break the collegiate record for the fastest human powered vehicle ever raced. Here’s a quick update of what we’ve been working on!

The vision team has made a lot of progress on the design of the camera stalk, which will hold our cameras in an aerodynamic and stable enclosure on the top of the bike. Here’s a render of the most current version: 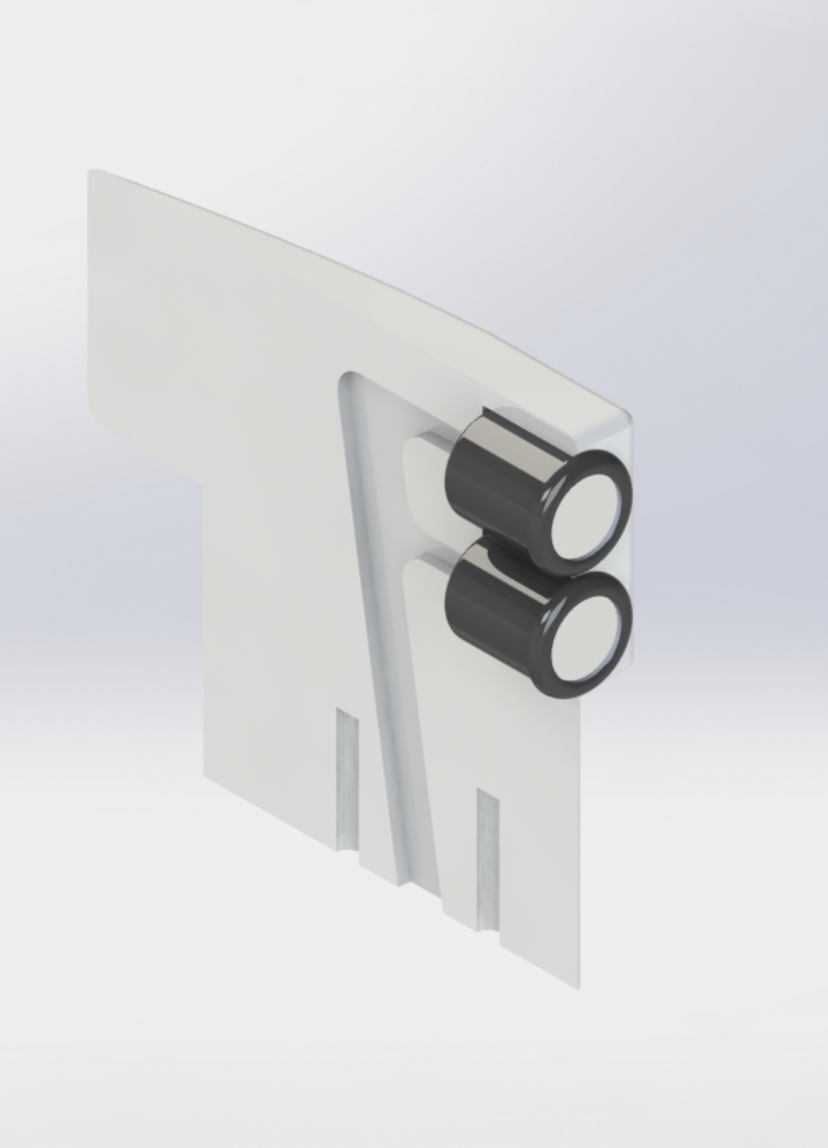 They’ve also had quite a bit of fun testing out the camera system - check out our Instagram highlights for videos (@calpolyhpv).

We updated the models of our rider and our frame to fit a more recumbent position; this will make our rider more comfortable and will reduce the frontal area of the bike and increase aerodynamics.

The braking team has received their components, and are now starting in on testing! Here’s a picture of the components they purchased, and a preliminary thermal stress analysis. 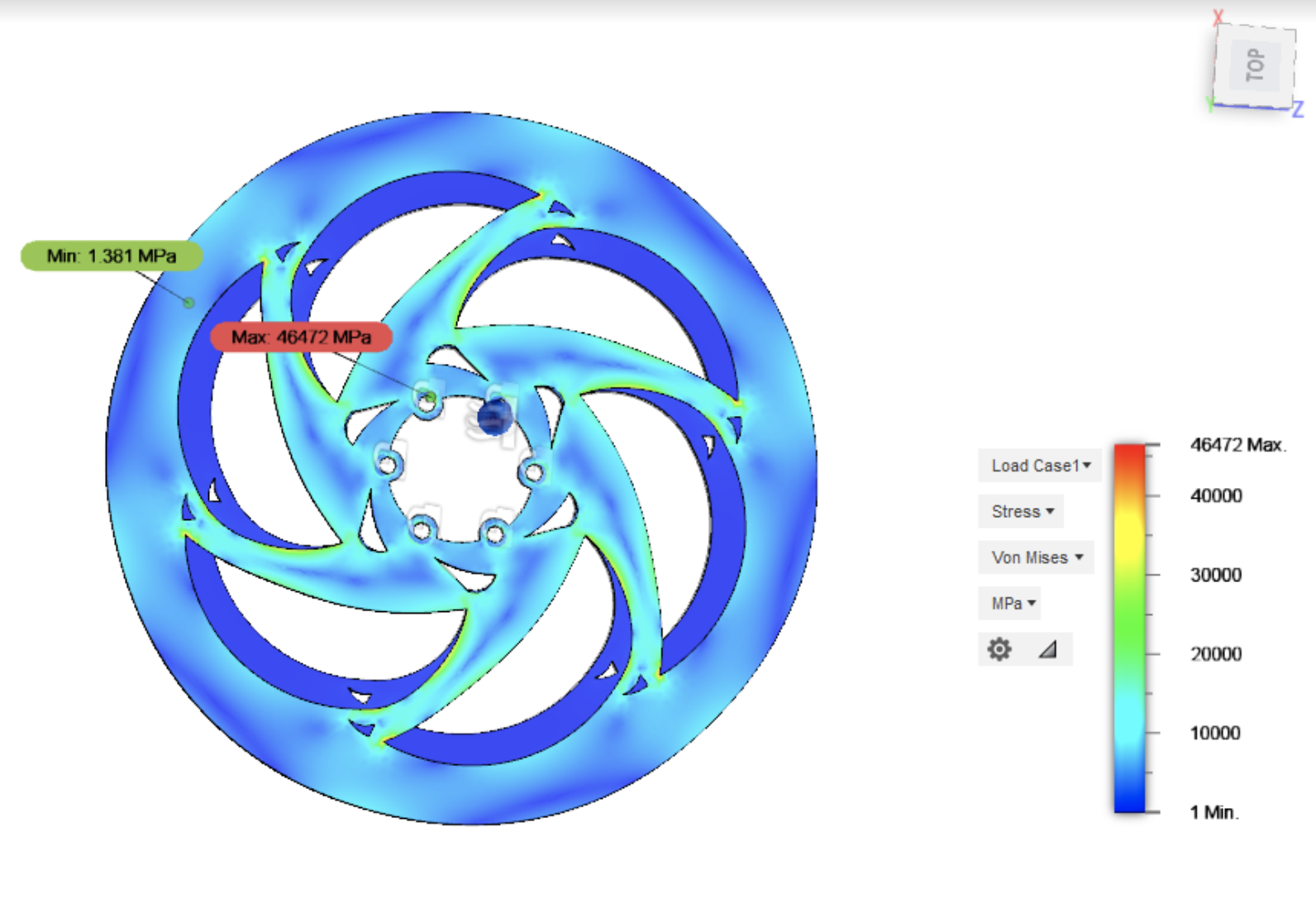 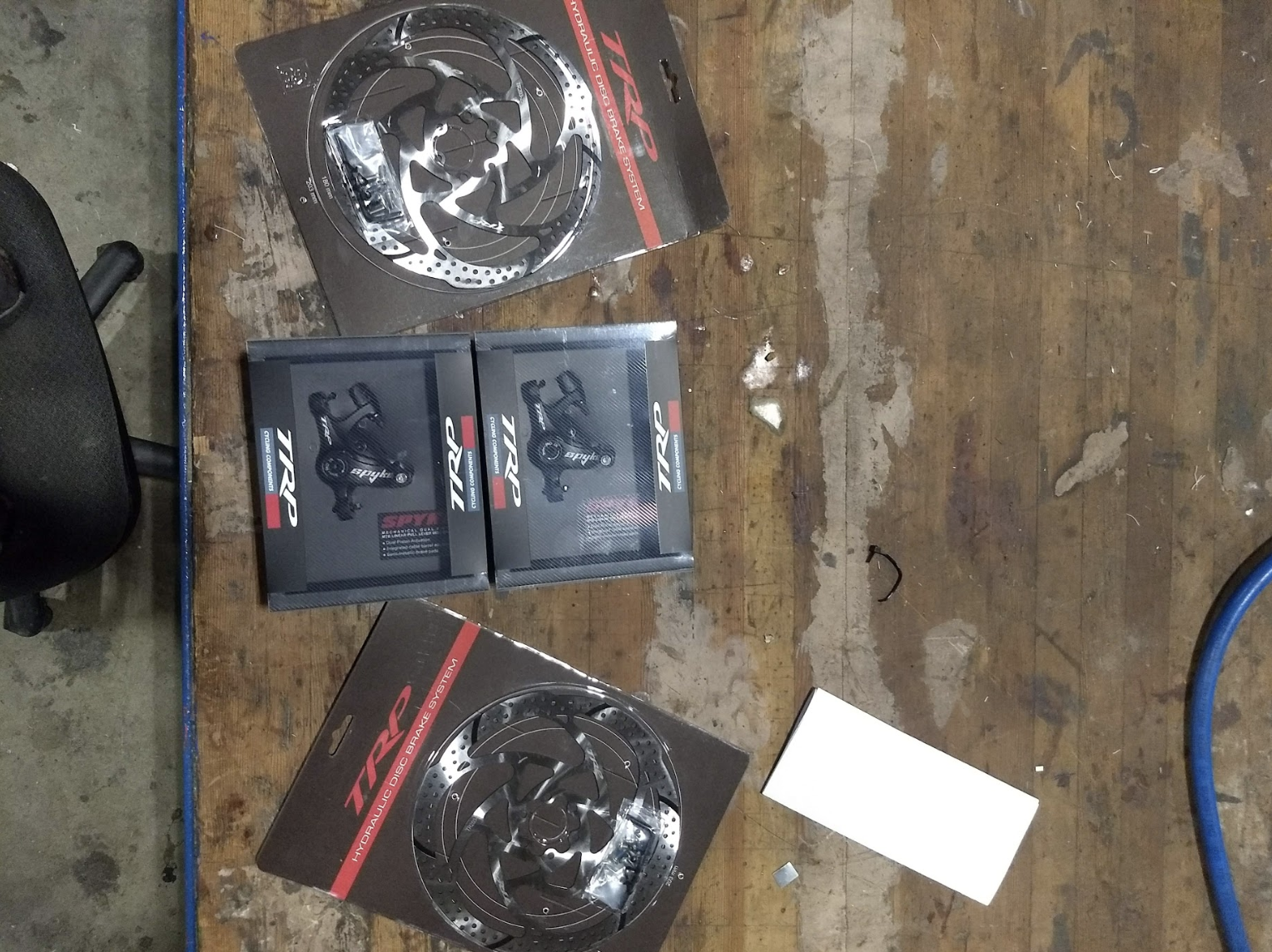 We’re getting closer to a finalized bike design every day! Our deadline for a finished design is January 10th, and we’ll keep updating you of our progress along the way! Once again, thank you for your donations! Please keep sharing about our campaign on your personal social media accounts. With your continued support, we are confident we can reach the rest of our $6,500 goal in the next five days.

Hi everyone! We’re about 35% of the way towards our goal, and we’re just over halfway done! The team has been quite busy for the past few weeks, and here’s what they’ve been up to.

We fully modeled our rider, Josh, in CAD. Then, the Frame team began to design the frame around that model. Here’s the most current version of the frame design: 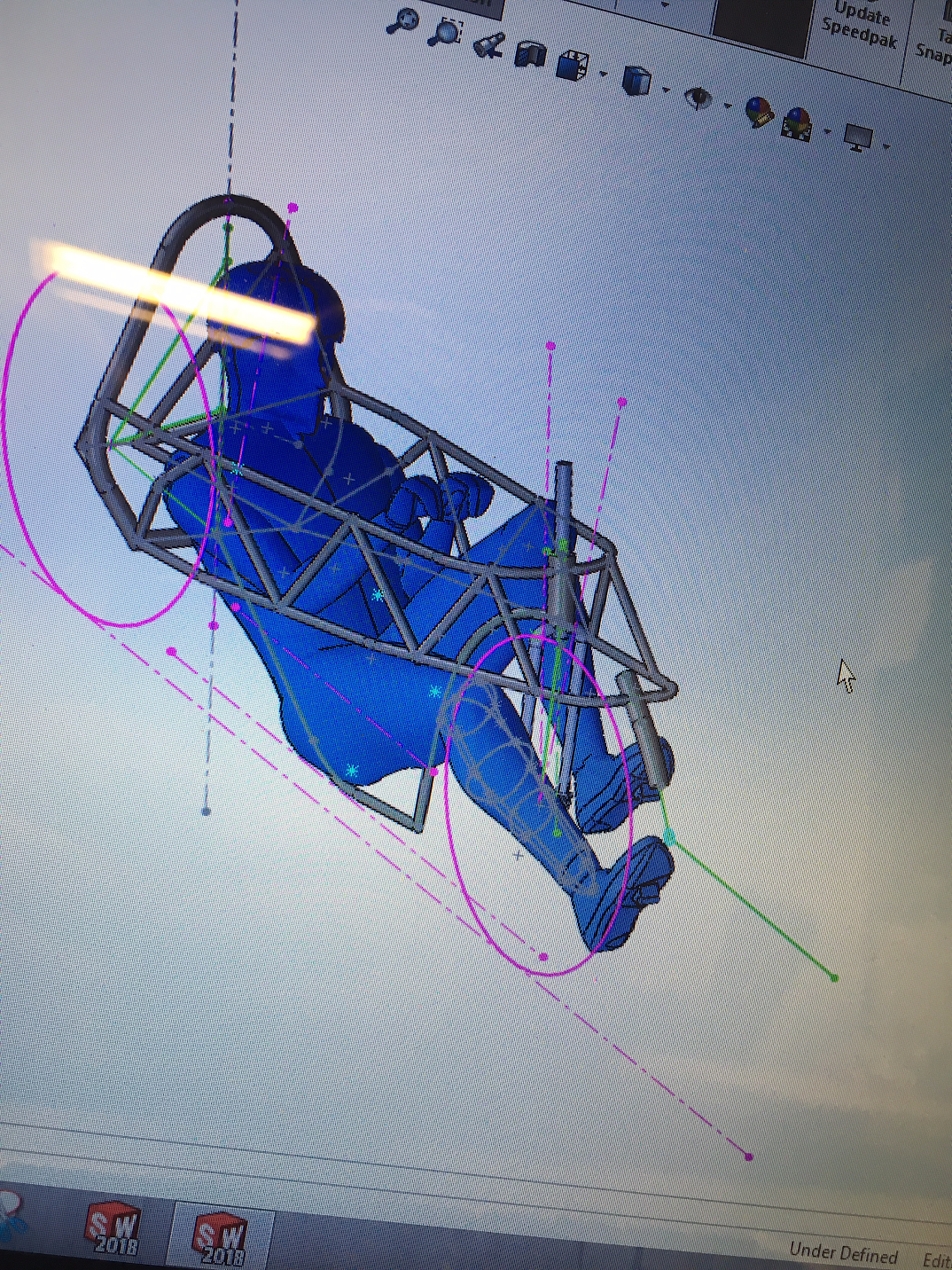 The Fairing team has been further iterating the fairing shape, trying to minimize the frontal area of the bike while ensuring that the fairing can still hold the rider, the frame, and all the drivetrain components.

The Braking team ordered their components, top-of-the-line disk brakes from TRP. They got in over break, so they will now start designing mounts and mounting locations for the brakes.

The Vision team assembled their chosen components over Winter Break, and everything works! They will now move forward into more permanent assembly, safety testing, and designing the “stalk” in which the camera will sit on top of the fairing. 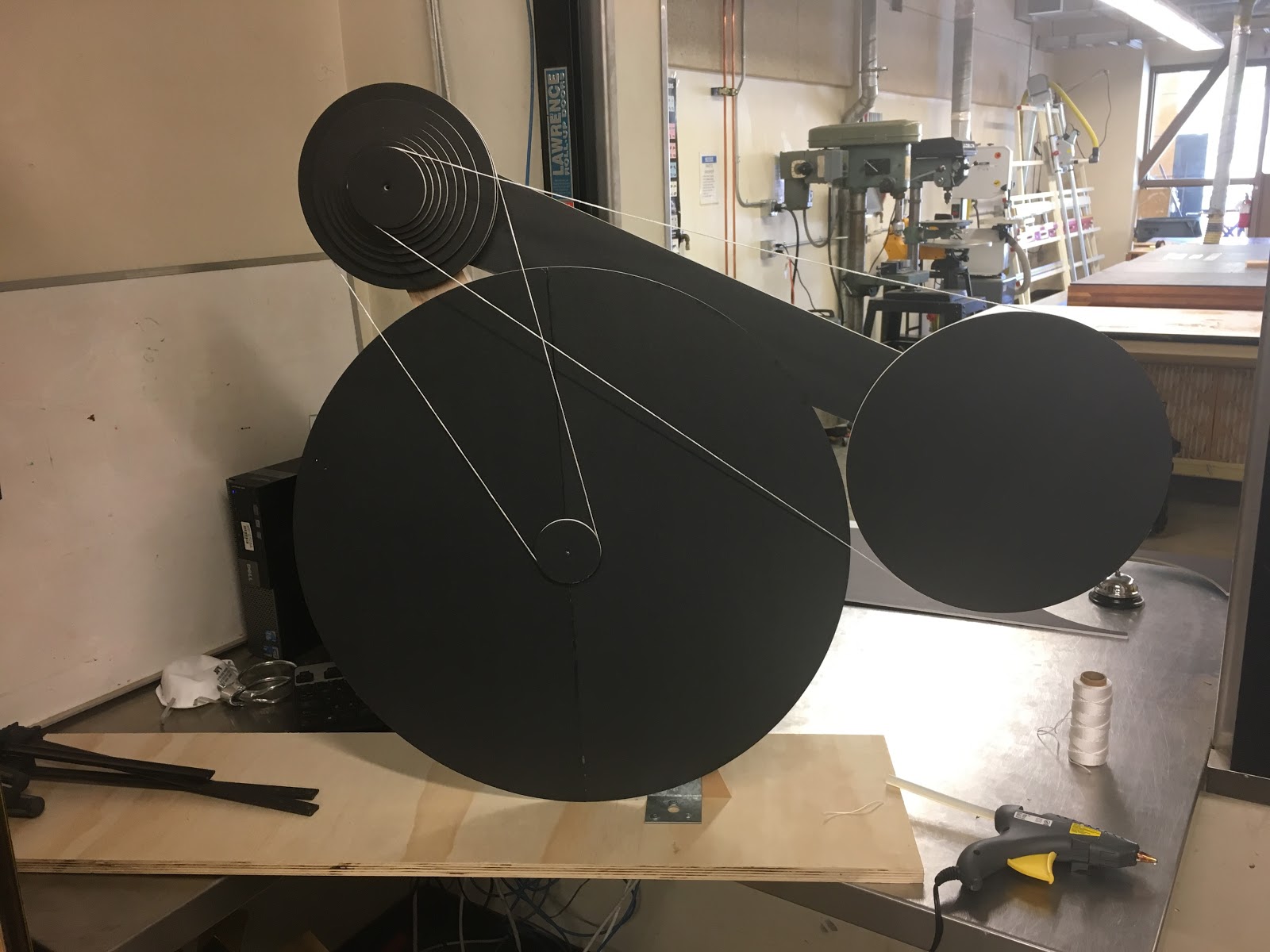 The Wheel team has decided on 650-millimeter wheels, which are slightly smaller than “standard” road bike wheels. This will produce a lot of speed for the bike, while keeping the height of the bike relatively small. Additionally, they are working with a custom bike component manufacturer on purchasing a left-hand-drive hub.

Again, thank you for donating to our campaign! Every dollar truly helps our club, and we’ve been really inspired by your generosity.

Help fund refreshments for engineers as they work on the project. To show our appreciation, we will send you email updates of all club activities throughout the year.

Hardware for the Bike

Help pay for hardware on the bike such as bolts, washers and nuts. To show our appreciation, we will send you a formal certificate of sponsorship of our club!

Help pay for metal stock, mountings, tabs, and other small frame components for the bike. To show our appreciation, we will send you a personal thank you letter and put your name on our website!

Help pay for drivetrain components such as derailleurs and chainrings. To show our appreciation, we would like to put your name on the outside of our final bike!

Steel Stock for the Bike Frame

Help pay for steel stock for the bike frame. To show our appreciation, we will send you a club t-shirt and would like to invite you to our lab to meet the team!

Help pay for carbon fibre and other composites for the bike! To show our appreciation, we will send you a 3D-printed paperweight model of this year’s bike!